Have you heard that Muslims eat “Halal” food?

Maybe you’ve seen the Halal Food carts in NYC, or have heard about the controversy in the UK over halal meats being sold in ordinary supermarkets.

The Arabic word “halal” simply means “permissible”, so it applies to anything and everything permissible, whether it be food, actions or anything else.

Interestingly, when it comes to food, the food of the “people of the book” is also halal (permissible) for Muslims.

Who are the people of the book?

The Jews and Christians!

So why is the food of the Jews and Christians halal for Muslims?

Because they both followed the instructions of God’s prophets on how to slaughter, as well as what foods are good to eat and what foods to stay away from.

So I can eat Kosher meat and that is halal for me. The Christian’s food should also be halal, but today Christians, (at least the majority in the US) do not continue to follow the laws in the bible.

Deuteronomy 14:8 and several other biblical verses, forbid the eating of pork for example, so if the Christians were to continue to follow the law, as Jesus said to do as reported in the bible of today:

Then the food including the meat of the Christians would be perfectly halal for me.

So although it may seem strange that there are restrictions on what Muslims eat, similar guidelines exist in the traditions of the Jews and Christians as well.

I won’t go into too much detail in this post, but generally the reasons things are permitted are because they are beneficial for us, and things that are not are usually harmful or potentially harmful in some way.

When it comes to animals for example, they are beings with souls. We aren’t taught by our creator to just go ahead and kill them any old way. There are guidelines and methods to follow to ensure the life is treated with respect. We can not take a life without permission. In this case, permission is given so long as certain criteria are met.

We do it invoking the name of God; feeling the gravity of that act… not doing it frivolously, but only for the purpose of nourishment and sustenance.

In the authentic teachings of Islam it is even discouraged to sharpen a knife in the animal’s sight. Nor should one animal be slaughtered in front of another.

The Prophet muhammad is reported to have said, “If you must slaughter, slaughter in the best possible manner, sharpen your knife every time before you slaughter but not in front of the animal to be slaughtered. Do not slaughter an animal in the presence of other animal, and feed and rest the animal before slaughter.”
When Prophet Muhammad was asked by his Companions whether kindness to animals would be rewarded in the life hereafter, he replied, “Yes, there is a meritorious reward for kindness to every living creature” (Al-Bukhari).

I am your American Muslim neighbor. Welcome to my blog! Visit me here any time you like, to learn more about Islam and the most diverse religious group in the USA- the Muslims! I’m just your average American, here to promote peace and understanding in a time rife with fear and mistrust. Get to know the truth about what is possibly the most misunderstood way of life today. 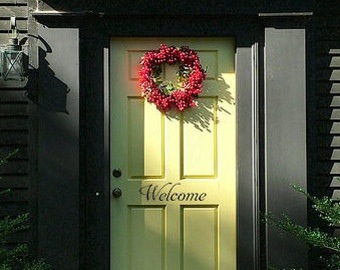