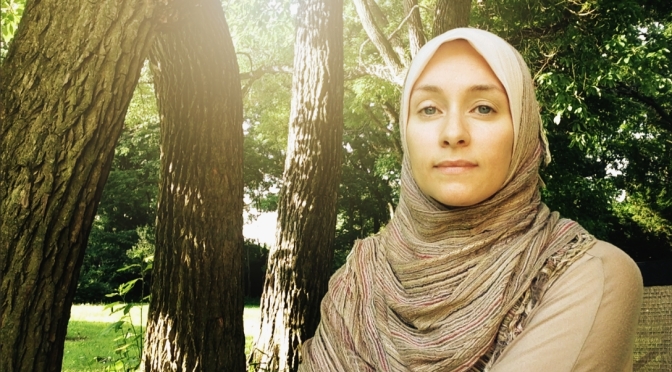 Distressed by my new awareness of the harsh actuality of violence and war I had been blissfully sheltered from before the shock of 9/11, I resolved to travel as far away as I could. It felt like I had woken up from a wonderful, peaceful dream, only to discover dangerous and unknown surroundings. I felt the need to get away – to escape. My world had been turned upside down and I needed to regain my footing. At the end of the fall semester, I flew to the other side of the world.

I planned to stay in Australia for six months. An Israeli who was leaving to go back home for some time owned the apartment I sublet. Prior to that, my knowledge of the conflict in the Middle East was murky. I had heard about it in relation to the 9/11 attacks; that it was possibly a motivating factor in the seemingly new world disorder, but I knew virtually nothing else. Through my new landlord, I garnered enough information to fuel insatiable curiosity. What I was hearing seemed peculiar, like reading a book with pages torn out.

I needed to fill in the blanks, so I began reading. I checked out book after book on the Middle East and the enduring conflict that was supposedly at the heart of so much unrest.

I cut my trip short by several months. Upon returning home to NY and seeking out more information, I felt that books weren’t enough, so I began attending lectures on the topic. I experienced conflicting stories. Contradictory views. It was black and white – polarized.

I couldn’t rest with the cognitive dissonance resulting from these clashing claims. It began to occupy my mind. I knew my own safety – the safety of my country – was related to this conflict. Whatever it was going on over there – it was one of the only grievances that the terrorists targeting my home disclosed.

I began seeking out lectures and classes on this topic in the hope that I would be able to satisfy my longing for understanding. One night, I attended a lecture in Manhattan. After the talk, a man stood up in front of the small audience. He announced that himself and others were soon traveling to the Middle East for humanitarian initiatives.

When I heard him speak, everything clicked. I knew I had to go. I had to. I made the decision right there on the spot. I was going to the Middle East into one of the most unpredictable, explosive places on Earth. I would finally find out for myself and see with my own eyes one of the root causes of my own country’s untenable vulnerability.

I bought a ticket to through a travel agency, where I sat surrounded by posters of peaceful tropical getaways. Once my papers were in order, I met up with the people organizing the efforts and was briefed along with a diverse group of humanitarians including Jews, Christians, and Atheists on cultural norms and basic knowledge of customs and etiquettes we might encounter. We were also familiarized with the conditions on the ground.

It was after I was all set to go that I announced my decision to my family, who were utterly floored by my clearly poor choice to enter a troubled region. They begged me not to go, but my resolve was unwavering. It was as if I was programmed – unflinching – unfeeling. My drive overrode my compassion for my own family and their concern for me. The worry of my mother was surmounted by my thirst to know the truth. Looking back now I can’t believe the way I disregarded their wishes like some kind of heartless robot.

We didn’t speak for days. They must have been in turmoil, not knowing what to do as the days and hours ticked by and my departure neared and neared. The silence was broken as I sat in the airport terminal awaiting my flight. Literally minutes before boarding, my cell phone rang. It was my family. They didn’t want me leaving (and maybe never coming back!) without saying goodbye. And so, I said goodbye and boarded my flight all alone, into the heart of the Middle East conflict.

To my dismay, when my plane landed at the airport, I heard my name announced over the loudspeaker. Heart pounding, I followed the instructions. When I arrived at the desk, I was told my luggage had been misplaced. The authorities said it would be 24 hours before it would arrive. Because of this, they wanted to know exactly where I would be staying and what my intentions were.

“Aren’t you scared?” They asked me.

“Who me? Nah.” I replied anxiously through a strained smile – Trying my best to appear convincingly oblivious.

The way I had been dealt with in the airport was intimidating. I made my way to the hotel in a daze. Anxiously, I waited for my suitcase’s arrival, unable to eat or even shower. I could hardly move, virtually paralyzed with apprehension.

Finally, my luggage arrived unceremoniously. Relieved, I met up with others from the group. In Jerusalem, we met with Christian organizations and priests with whom we coordinated our efforts. Each of us would be sent to different areas in occupied territories to help provide food and other humanitarian assistance.

One of the first places where I interacted with the locals was a Christian school not far from Jerusalem. The staff and children were so kind and welcoming. I began taking pictures of the children and noticed one Muslim girl, maybe 8 or 9 years old, wearing hijab. I wasn’t sure if it was okay to take her picture because I didn’t know the meaning of her dress. She smiled sweetly and allowed me to snap a photo.

After some time with another Christian based organization, I moved on to a small village. This was my first close encounter with practicing Muslims.

In the beginning, I was especially uneasy around the women. They seemed strange to me; all covered up and keeping themselves separate from the men. But, being a woman, I was sent to spend my time with them, which I did, reluctantly at first. Their kindness quickly put me at ease. Without a common language, I felt their warmth and hospitality.

I was taken aback by the generosity of the Muslims I met. In every home we went to, we were honored, greeted with beaming smiles, starkly contrasting the destruction and devastation of the environment. Before they ate, they fed us. In most cases, I saw that they ate only what we left behind – preferring our contentedness rather than their own, in spite of their dire situation.

In a historic, 1,000-year-old city, during a strict 20-day, 24-hour curfew, no one could go out to get food or even for emergencies without risking being shot dead.

In this context, I was astonished when I found out the meaning of Alhamdulillah – because nearly every person I saw said it, even when they were standing in front of the ruins of their lives. Even when their child had been killed, even when their existence appeared to me utterly hopeless and helpless.

I couldn’t believe they were praising God amidst what looked to me, like misery.

Not only that, overall, they handled extreme hardship and destruction with such grace. True patience.

What is this? I wondered.

I remember sitting at a relief center where we stayed for a few days. Sitting out under the stars and hearing the call to prayer; its sweet sound floating up into the night sky, offering an unexpectedly beautiful and hopeful alternative to the occasional sounds of small arms fire and tank cannons. I took out my audio recorder and captured it.

The athan touched my heart. It was a beauty I hadn’t really experienced before. The way I felt when I heard it, was only reminiscent of the moments I had spent in New Mexico, staring out over a vast and surreal landscape.

I had been reading the Quran in bits and pieces for nearly an entire year at that time, as research for what I imagined would be a groundbreaking study of religions alongside Political philosophies. I had intended to prove all religions were mere fabrications, but the Quran eventually dominated my reading and I found an affinity for it I didn’t expect.

But until that time, in a faraway land steeped in strife, I had not yet heard the Quran recited…

When the 20-day curfew was finally lifted from that ancient city, enabling the people to come out of their homes for food, activity filled the previously deserted streets.

I heard a beautiful sound.

A sound that, to me, was symbolic of the life now thriving where there had previously been desolation. I told a journalist I was walking with, “Ah, It’s so good to hear music!”

She laughed at me and shook her head, “That’s not music. That’s the Quran!”

Her statement stopped me in my tracks.

When the Quran I had been reading, connected with the sound of its recitation for the first time, a new burning desire was ignited inside me. That recitation, coupled with my experience living with Muslims in the weeks I spent there, resulted in an insatiable thirst to know more about Islam.

As the days went by while I was living with Muslims in their homes, my respect and awe for their tolerance, kindness and fortitude grew. In a building occupied by military personnel, causing most of the tenants to gather in the first floor apartment – I sat with these smiling ladies and one of them said to me, “You are so nice. You should be Muslim like us.”

It was a statement I would have normally scoffed at and repelled, but when she said it, I felt… flattered.